Trumpets
Trumpet players see each other,
and it's like we're getting ready to square off
or get into a fight or something.
Wynton Marsalis
​

​RICHARD GILLIS (WJO Artistic Director) studied at the Banff Centre (Canadian Brass), the University of Michigan (M.Mus.; D.M.A.), and with renowned trumpet teachers Armando Ghitalla and James Stamp. He performs with several ensembles and tours and records (8 CDs) with Icelandic guitarist Bjorn Thoroddsen. In 2014 Richard and Bjorn performed at the Icelandic Jazz Festival, received a nomination for Best Jazz Album at the Icelandic Music Awards ("Morgana's Revenge") and released a new CD ("The Journey"). Richard is Artistic Director of the Winnipeg Jazz Orchestra and teaches at the University ofManitoba Faculty of Music. 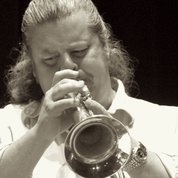 JEFF JOHNSON is a Winnipeg born trumpet player, clinician, adjudicator, musician and music educator who is currently a proud member of the Performing Arts Department at College Sturgeon Heights Collegiate. An original member of the Winnipeg Jazz Orchestra, Jeff continues to perform as the lead trumpet player with both the WJO as well as the Ron Paley Big Band. Over the years, Jeff has appeared in concert with many incredible artists including Arturo Sandoval, Bill Watrous, Frank Foster, Butch Miles, Louis Bellson, Rob McConnell and Bob Brookmeyer. In addition, he has performed with numerous other fine Winnipeg based ensembles including the Winnipeg Symphony Orchestra, the Royal Winnipeg Ballet, the Kerry Kluner Big Band, Combo Latino and Papa Mambo. 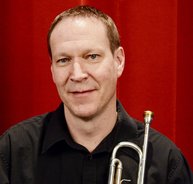 DARREN RITCHIE graduated from John Taylor Collegiate here in Winnipeg. Attended St. Francis Xavier University in Nova Scotia graduating with a Diploma in Jazz Studies. Then went on to Montreal to study at McGill University graduating with a degree in Jazz Performance. Travelled the world on several cruise ship playing the trumpet only to eventually return to Montreal and McGill to be awarded a Teaching Certificate. Returned to Winnipeg and continued playing with all the local bands and started teaching in the schools. Taught band at Cecil Rhodes, George McDowell, and is currently at Dakota Collegiate teaching both Concert and Jazz bands. Lead the Dakota students in performances in many locations including Banff, Kansas, and three tours of Japan. Proud father with a passion for music! 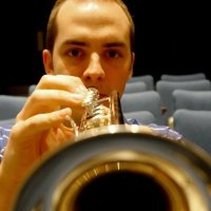 SHANE HICKS is a freelance trumpeter in the Winnipeg community. A proud father & husband, music educator in the Seven Oaks School Division, as well as trumpet player keep him very busy. Shane started in the Winnipeg music scene as a Lead Trumpet player in 2004 with the Winnipeg Jazz Orchestra and the Ron Paley Big Band and has been playing with them ever since. He has also made regular appearances with the Winnipeg Symphony Orchestra, Papa Mambo, Muddy Waters Brass Quintet, Yoslai De La Rosa, most recently joined Combo Latino, as well as acting as a board member with the WJO from 2009-2013. As a University of Manitoba Graduate music education program Shane has spent many years leaning from Dr. Richard Gillis focusing on classical and jazz trumpet playing. During his years in university Shane managed to become close with the great trumpeter Bobby Shew and has been studying with him (viaSkype) for many years. 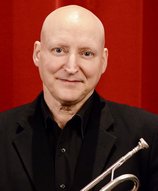 ​RICHARD BOUGHTON is a veteran of the Winnipeg music scene and has been working exclusively as a musician since 1984, and with the Winnipeg Jazz Orchestra since 1997. He is a composer, arranger, and multi-instrumentalist who plays trumpet, flugelhorn, piano and electronic keyboards. He is also heavily involved in musical project management. Rick is often found at the foundation of various jazz and contemporary ensembles, and has performed extensively in Canada and internationally. He has contributed his talents to at least 45 commercially released recordings by various artists.