There is no charge for this event, and we hope to keep it this way.
Donations toward this project are welcomed and will receive a tax receipt. (https://www.winnipegjazzorchestra.com/donate.html)


To register, please contact Richard Gillis at ad@winnipegjazzorchestra.com.  An email with the link to the event will be sent to you the morning of the workshop.

This session will be by Zoom and in English.
​Thank you for your participation in the Canadian Jazz Composers Workshops.
We plan to hold the next composers workshop on April 30, 2022.
​ 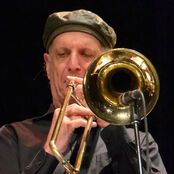 ​In 2004, he was named Jazz Winnipeg's Musician of the Year.
Jeff is featured as a player, writer and/or producer on many recordings. Rhapsodies by Two, an album of keyboard duets with Will Bonness was nominated for a 2013 WCMA Jazz Album of the Year award; Red Goddess, a piano trio album of all original tunes, has been played on over 100 radio stations in N.America, and garnered a 2009 Best Instrumental Jazz nomination from Just Plain Folks, the world's largest music awards.
Jeff has received many commissions for a wide variety of ensembles, including big band, clarinet choir, combined big band/wind ensemble, symphony orchestra plus salsa band, clarinet quartet and many others. His work is frequently supported by awards from the Manitoba Arts Council and the Canada Council for the Arts. He is the composer of the world's only concerto for cello and big band.
​
“He gets the harmony just right!” -- Wayne Shorter 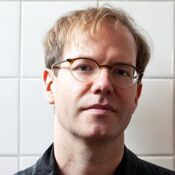 David Braid (http://davidbraid.com/biography.php) Hailed in the Canadian press as "one of his country’s true renaissance men when it comes to music" (The Ottawa Citizen), composer and jazz pianist, David Braid is a nine-time nominee, and three-time winner of Canada's highest music prize (Juno Award). His first classical composition was nominated for Classical Album of the year, and his first film score won two Screen Awards for Best Original Score, and Best Original Song. He is also a recipient of the Ontario Foundation for the Arts’ prestigious prize: ’Paul de Hueck and Norman Walford Career Achievement Award for Keyboard Artistry’.

David Braid is a Steinway Artist, Composer-in-Residence for both Sinfonia UK Collective and The International Chamber Music Festival Casalmaggiore Italy, and Adjunct Professor at the Danish National Academy of Music.
Concertizing throughout the UK, Scandinavia, Europe, Russia, Central Asia, Japan, Australia and Canada his original music is described as: "brilliant" (Montreal Gazette), "enchanting" (The Age, Australia), "une force poétique" (Le Soleil) and "hauntingly beautiful." (The Globe & Mail)
His arrangements and compositions were an integral part of the Chet Baker-inspired film, "Born to Be Blue" and his jazz score received praise for its "contemporary patina without sacrificing period authenticity" (The Times, UK).
​
"Braid’s tone, touch, chord voicings and imagination make him one of the most interesting new pianists I’ve encountered in a long time." – Doug Ramsey, recipient of Jazz Journalists Association’s Lifetime Achievement Award (USA)