Saxes
I'd rather somebody punch me in the face
than drop my sax.
Clarence Clemons 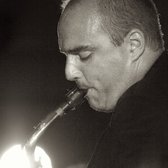 NEIL WATSON is a long-time fixture in the local music scene an alto saxophonist who is fresh off the release of his critically acclaimed debut CD, Move! Watson studied in New York with Gary Bartz, Miguel Zenon and Sherman Irby, developing a sound critics hail as vibrant and emotive. He is a member of the Winnipeg Jazz Orchestra, Marco Castillo and Brazilian Beats, Combo Latino, Moses Mayes and the Keith Price Quintet. Determined to bring groove back to jazz, Watson’s all-star group featuring Will Bonness (piano), Julian Bradford (bass) and Curtis Nowosad (drums) alongside turntablist DJ RPG seamlessly blend jazz and hip-hop into a set of can’t miss music. 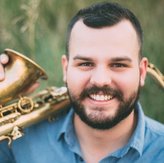 SEAN IRVINE is a Woodwind Specialist who has developed a reputation as a well versed Performer, Composer, and Educator. Over the past nine years, Irvine's experience has featured him as a Freelance musician in a number of recorded and live settings as a multi-genre instrumentalist. Irvine is a regular member of the Winnipeg Jazz Collective and has collaborated with of the Winnipeg Jazz Orchestra, U of M Jazz Orchestra, Catfish Brass Band, and Big Dig Band amongst other collectives. Irvine completed a Masters in Jazz Performance and Composition at Brandon University and is currently a student at the University of Manitoba completing a Post Bachelor's Diploma as an understudy to saxophonist and composer Jon Gordon.

GREG GATIEN is an Associate Professor at Brandon University in Manitoba, where he a member of the jazz faculty and currently chairs the Applied Department. Teaching saxophone, improvisation, jazz history, and directing ensembles, Greg is an active educator and maintains a busy schedule adjudicating festivals and giving master classes. Also an active and accomplished performer, Greg has played with many icons of the jazz tradition, includingKenny Wheeler, Benny Carter, Joe Henderson, and Bob Brookmeyer. He has been featured on numerous recordings and radio broadcasts in both Canada and the US, including DeanMcNeill’s Prairie Fire,the Art Pepper Plus 11 project, and the Re-Birth of the Cool project. Greg is also a frequent collaborator with renowned American pianist and composer John Harmon, performing with him in Canada and the United States. Greg has been a regular member of the Winnipeg Jazz Orchestra since 2002, getting to perform with many of Manitoba’s finest jazz musicians and a myriad of national and international jazz figures. 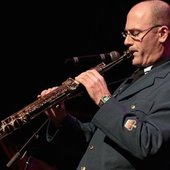 JEFF COOPER currently holds the Lead Alto, Big Band Director position within the Royal Canadian Air Force Band. Originally from Victoria BC, Jeff relocated to Winnipeg in 2003 to
pursue a full time career in the Canadian Forces Music Branch. In 2006 Jeff was called upon to perform with the WJO, a position he eagerly accepted. Depending on the concert, Jeff can be heard on Tenor, Baritone or Alto sax; dedicated to the section he is always willing to step up with an emotionally charged solo. Jeff recognizes the unique and somewhat rare artist opportunity that is the WJO and is proud to be a contributor. 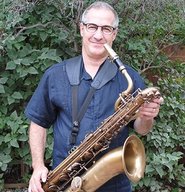 KEN GOLD is originally from Montreal and has been active in the Winnipeg music community for almost 30 years. He has enjoyed being a longtime member of some of this city’s finest musical groups including The Ron Paley Band, Papa Mambo, The Winnipeg JazzOrchestra and the Ron Halldorson/ Ken Gold Duo. Over the years Ken has performed, toured and recorded with many local and international groups and entertainers such as the WSO, Tito Puente, The Temptations, Paquito D’Rivera, Josh Groban, Remy Shand, Finjan, Wayne Newton, The Moscow Circus, Bob Newhart, Novilerro, Dugas, and many more. He is currently teaching music at College Jeanne-Sauvé. Ken has a long association with teaching in Manitoba both in institutions (University of Manitoba) and as a private instructor and clinician. 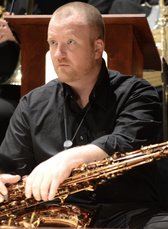 PAUL BALCAIN has amassed an impressive resume over the past 25 years. With multiple recording credits under his belt, including Moses Mayes, Lucas Sader (featuring Derrick Gardner), Scott Nolan, JUNO nominated The Wyrd Sisters, Mark Reeves, one-hit wonder pop band LEN, and the WJO, his genre palate is broad.
In addition to the aforementioned, Paul has performed/ toured with groups such as LOAD (which opened for The Watchmen, Big Sugar), the Chai Folk Ensemble, Stripper’s Union Local 519 (Rob Baker of The Tragically Hip fame), Ron Paley Big Band, Soni Geraci (the Outsiders and Climax), Belushi Estate Blues Brothers Band, and as a featured soloist to jazz icon Dee Dee Bridgewater with the WSO.
His own groups have been featured at the Jazz Winnipeg Festival, notably, opening for George Garzone, where Paul had Branford Marsalis Quartet drummer Henri Cole in his band for the occasion.