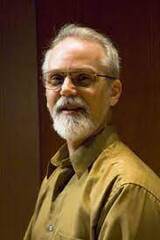 FRED STRIDE
BACK TO THE FUTURE - Sunday, November 27, 2022
Fred Stride finds himself writing many forms of music. Although he is principally known for      his many compositions and arrangements for jazz ensemble, he has also written countless  arrangements for various entertainers and performers for almost every musical setting, from  chamber ensembles to big bands, concert bands, theatre orchestras and symphony  orchestras. In addition to his many jazz compositions, Fred has also been commissioned to write concert works for the CBC Orchestra, the Vancouver Symphony Orchestra, several Canadian Armed Forces Bands, the Brampton Concert Band, the Pacific Symphonic Wind Ensemble, the University of Victoria Wind Symphony, as well as several elementary and high school concert bands. Fred is also active as a band leader and guest conductor. He currently leads his own Fred Stride Jazz Orchestra which, besides playing his own work, also performs classic jazz repertoire.  The Fred Stride Jazz Orchestra has also recently released the CD Forward Motion (Cellar Live) containing 6 compositions by Fred. In March of 2007 Fred won the International Jazz Arranging Competition, sponsored by the Center for Jazz Composition, for his arrangement of Michael Brecker's "Peep." Fred Stride is also the winner of the 2008 SOCAN/IAJE Phil Nimmons Established Composer Award.As well as his very busy professional career, Fred also finds time to direct a jazz ensemble and teach jazz theory and arranging at the University of British Columbia School of Music. He also works as a clinician, adjudicator and teacher at various music festivals, summer camps and jazz workshops across the country. 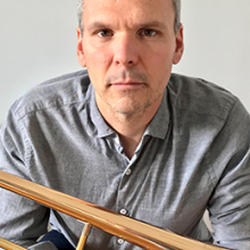 JEAN-NICOLAS TROTTIER
BACK TO THE FUTURE - Sunday, November 27, 2022 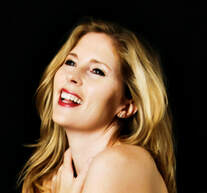 JENNIFER HANSON  vocalist
RESPECT, THE MUSIC OF ARETHA FRANKLIN-Saturday & Sunday, May 13/14, 2023 2:00 pm
The youngest of seven children, Jennifer Hanson learned to love 30's and 40's era standards at her father Bill's knee. In order to get just a little attention ...in the midst of all those kids, she began singing them for anyone who would listen around 1972, and then after her short, but throat blistering career in rock ’n’ roll, actually got paid to sing the really good stuff around 1993. Jennifer's reputation for great vocal chops and notoriety for countless public appearances singing national anthems at NHL games, and touring the country with her band, began to attract the attention of a new audience among jazz fans. Her torchy, seductive vocal style is among the finest in the current generation of jazz singers, while her stage presence is that of the classic generation of singers like Rosemary Clooney, Julie London and Vera Lynn. She's definitely not just another voice in the crowd. “how the night people pray,” Jennifer's most recent CD, was written by composer, musician and producer Graham Shaw, one of Canada’s great artistic treasures. 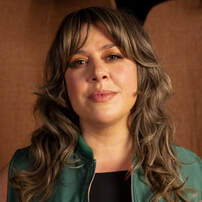 ANDRINA TURENNE  guitarist•vocalist•recording artist
RESPECT, THE MUSIC OF ARETHA FRANKLIN-Saturday & Sunday, May 13/14, 2023 2:00 pm
​​Andrina Turenne is a Métis/Franco-Manitoban artist from St-Boniface, Manitoba. Her love of music ignited around the campfires she learned to sing around as a child, harmonising alongside family and friends. A singer, songwriter and musician, she has worked in the music industry for over 20 years. She has contributed to nearly 50 albums, has performed on stages across five continents and has been featured on TV and radio broadcasts both in Canada and internationally. Formerly of award-winning group Chic Gamine, Andrina Turenne has been gaining momentum as a solo artist since 2016.  In Fall 2022, she will release her first solo album of original, bilingual compositions, as well as a francophone EP.

SOL JAMES  vocalist
RESPECT, THE MUSIC OF ARETHA FRANKLIN-Saturday & Sunday, May 13/14, 2023 2:00 pm
Sol James is a force to be reckoned with, with a voice to match.  At home in multiple styles including jazz, soul, country and folk, Sol has used the past decade+ to perform, tour, support other artists, and release recordings of her own original music, cementing her reputation as a sought-after professional vocalist and performer. Her stage presence is vivacious, sincere, and charmingly funny, with a strong and agile voice that can either shake the paint off the walls or soothe you to your soul. An accomplished musician, she has completed two degrees: The University of Manitoba Jazz Studies program in 2008, and the Canadian Mennonite University Music Therapy Program in 2020. 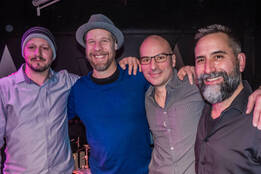 EGO SPANK
RESPECT, THE MUSIC OF ARETHA FRANKLIN - Saturday & Sunday, May 13/14, 2023
With Gilles Fournier (bass), Murray Pulver (guitar), Mark Arnould (keys) and Daniel Roy (drums), Ego Spank mixes up diverse musical influences to deliver its own unique funky stew. The band consistently delivers astonishing live performances, weaving complex funk rhythms, strong bass lines and mind-boggling solos with distinctive vocals and musical wit that create a strong, infectious groove guaranteed to move.  With Ego Spank, the hilarious banter is part of the show – you know you’re experiencing something real, uncontrived, joyful and above all, musically delicious! Being in-demand session musicians, producers and writers in their own right, Ego Spank is an outlet where Murray, Gilles, Marc and Daniel let out some steam… their way. Their performances leave no heads unturned, pleasing new and loyal fans from ear, to mind, to heart.
see past guest artists