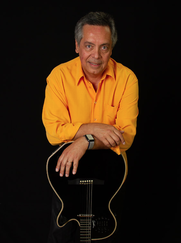 Marco was born in the capital of Samba, graduated with a Bachelor of Arts in Music at Estácio de Sá University in Rio de Janeiro, Brazil in 1994. As an educator he has presented several Brazilian music workshops at the University of Manitoba for the faculty of music, Long and Mquade, Royal Manitoba Music Conservatory as well as teaching music, coaching for Spanish and Portuguese.
Castillo has 35+ years of experience in the music industry, have toured and performed in many festivals in North America and around the globe, recorded and produced many musical projects, collaborated with great names locally and abroad such as the Winnipeg Jazz Orchestra, Winnipeg Symphony Orchestra, Orquestra do Maestro Guio de Moraes, Ron Paley Big band, Trio Irakitan, Rosa Marya, Claudya (Evita), Luiz Carlos Batera (Banda Black Rio), Marcio Montarroyos (Ney Matogrosso, Elis Regina, Jobim), George Coligan (American Jazz Pianist), Rubão Sabino (Gilberto Gil) and Kiko Freitas (João Bosco) among others. In 2015 Marco was a finalist with his original “Forró no Canadá” for the Viña del Mar music festival in Chile, one of the most important music festivals in Latin America, which is broadcasted and seen by over millions of fans around the world. 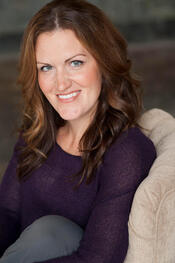 ​​Stacey Nattrass may be most recognized as the regular anthem singer for the Winnipeg Jets, but she finds herself equally at home on the musical theatre stage, the classical concert hall or in front of a big band jazz orchestra. This is Stacey’s fourth appearance with the WJO having recently been featured in the “Divas of Jazz” Live At Home concert last spring. She has performed with the Winnipeg Symphony Orchestra and has been seen in musical theatre productions at Rainbow Stage and the Royal Manitoba Theatre Centre. By day, you will find Stacey teaching choral music at Collège Garden City Collegiate in Seven Oaks School Division. 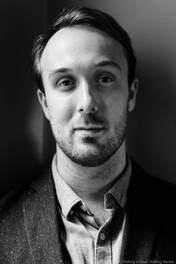 Niall Cade- Saxophonist
DUKE ELLINGTON AND CHAOS AT NEWPORT - November 3, 2021
​​“… a powerful young tenor saxophonist... he has a big sound and tremendous facility, but he also has an open, philosophical nature that gives his musical ideas reach and depth…”
​After living in New York City for the six years, saxophonist and composer Niall has recently moved back to his hometown of Winnipeg, Manitoba.
While living in New York, Niall performed with such jazz luminaries as the Philip Harper Quintet, the Quincy Davis Quintet, the Big Jimmy Greene Band, the Kenny Carr Group, the Steven Feifke Quartet, and Bobby Sanabria’s Afro-Cuban Jazz Orchestra. Niall has performed at several internationally renowned jazz venues including Smalls Jazz Club, Mezzrow, Dizzy’s Club Coca-Cola, Jazz at Kitano, the 55 Bar, the Jazz Gallery, and the Bar Next Door.
A versatile instrumentalist, Niall has been featured in concert across a variety of genres, performing on stage with several Pop and R&B, groups including Mac DeMarco, Royal Canoe, Moses Mayes, Luciano. Niall is also an avid composer and has been written commissioned pieces for both film and dance projects.
Having returned to Winnipeg in the summer of 2021, Niall immediately began working on a variety of projects and participating in a number of organizations. Currently, Niall teaches Applied Jazz Saxophone at Brandon University, performs with the Winnipeg Jazz Orchestra, and leads his own projects, including helming the six-piece jazz-funk group Faux Pas Funk. Niall has also joined the roster of Color Red recording artist Apollo Suns and will be touring with the group throughout 2021 and 2022.
In 2019, Niall was a semifinalist in the inaugural Michael Brecker International Jazz Saxophone Competition, traveling to Eilat, Israel as a part of the Red Sea Jazz Festival.
tickets to hear Del
see past guest artists